The Portuguese CHANGE team (UAVR, Portugal) has promoted the seminar "CHANGE actions: diversity and equality in research funding". The seminar took place on November 20, at 9:30 am and was attended by 26 people. The main objective of the event was to [...].
read more ...

Teresa Carvalho, coordinator of the CHANGE project in Portugal, participated in a webinar promoted by the Interdisciplinary Center for Gender Studies (CIEG)

Teresa Carvalho, coordinator of the CHANGE project in Portugal, participated in a webinar entitled "Equality Plans in Higher Education Institutions: know the experience" on 19th November 2020. The webinar was organized in the scope of the project GE-HEI - Gender Equality in Higher Education Institutions, promoted by the General Directorate of Higher Education, with the scientific coordination of the Interdisciplinary Center for Gender Studies of the ISCSP-University of Lisbon and financed by EEA Grants. The initiative, which had as guest speakers four sister project coordinators currently underway in Portugal, allowed to reflect on good practices in promoting gender equality in higher education institutions and to discuss some of the main challenges in their implementation.
read more ...

CHANGE team members Ernesta Grigalionyte-Bembic (NIB, Slovenia) and Veronika Mešková (UNIZA, Slovakia) participated in the online conference organised by the Vilnius University and the Lithuanian Social Research Centre from 12th -13th November. This participation was in line with the efforts of NIB and UNIZA to cooperate within two Communities of Practice (CoP): Alt+G and GEinCEE of the sister project ACT.

We believe that the cooperation on regional level, emphasizing the cultural, historical and even societal similarities of particular countries, plays a crucial role in the advancement of the gender equality in the CEE region. Veronika Mešková contributed on the first conference day with her input on achievements of CHANGE project at UNIZA.

We feel thankful to our colleagues from the CEE region for their openness and sharing of best practices.
read more ...

New Trends in the Evaluation of the R&D Project Proposals

"Are the principles of meritocracy REALLY applied in science and its funding?"

"Or are we perhaps less objective in the process of the project proposals' evaluation and drafting than we might think?"


These were some of the questions the UNIZA CHANGE team decided to [...]
read more ...

The Department of Social, Political and Territorial Sciences of the University of Aveiro (UAVR) opened the school year with a speech by the Secretary of State for Citizenship and Equality 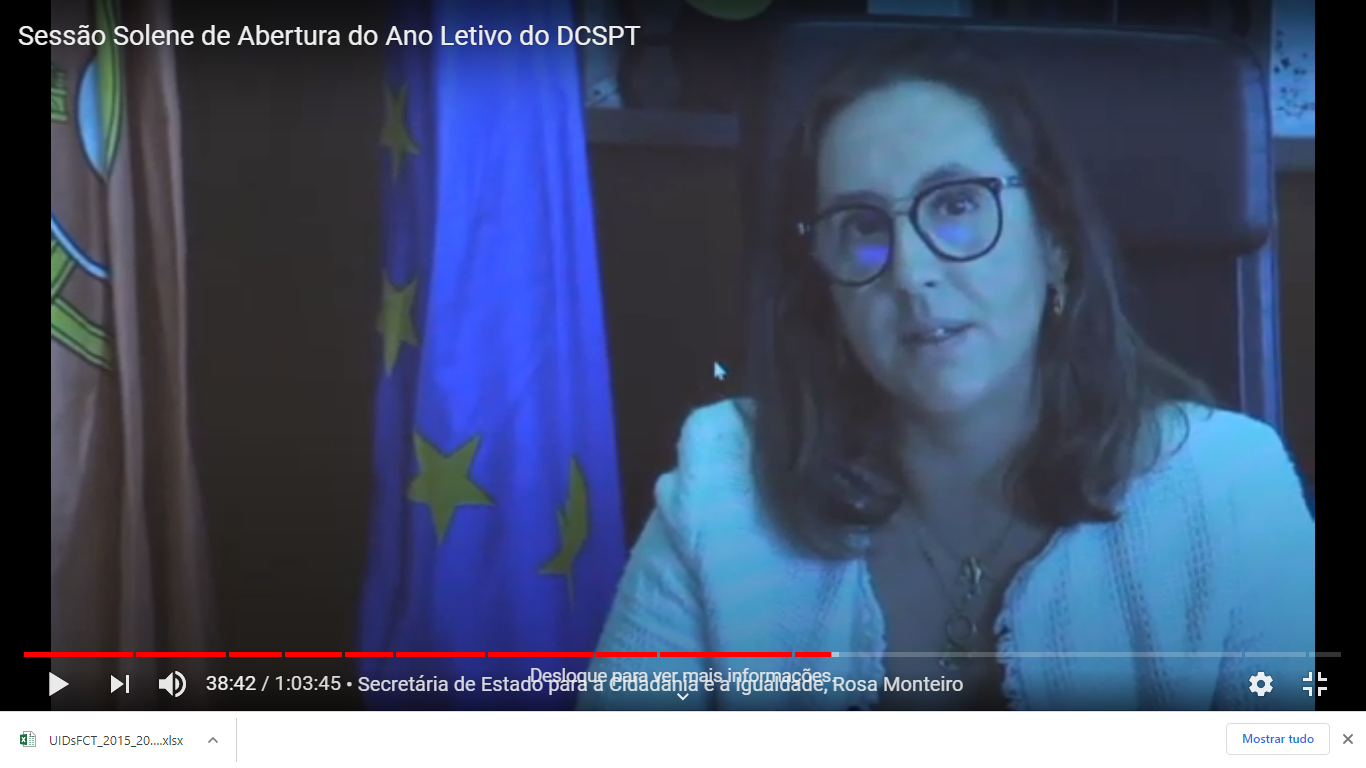 The Department of Social, Political and Territory Sciences (DCSPT) held on October 12 an official opening session of the academic year 2020/2021. The event had, as invited speaker, the Secretary of State for Citizenship and Equality, Dr. Rosa Monteiro. [...]
read more ...